This post contains the other photos of Cove Church. They were made on an early morning last autumn when my fancy DSLR decided to take the day off so I used my lowly smartphone on general principles…..and because I had no other choice. 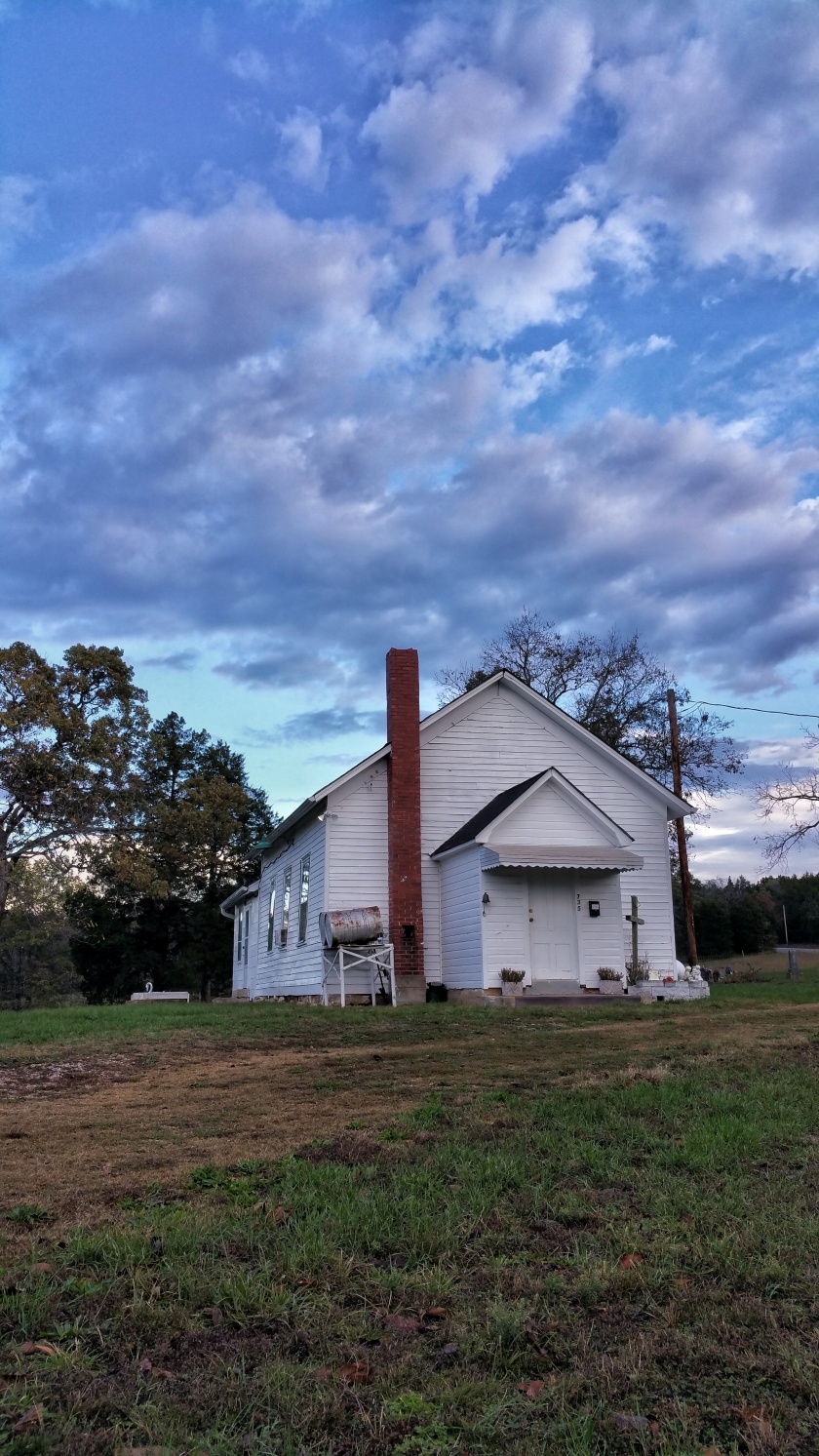 A couple shots of the front of the church, never could decide which one I liked better so kept both of them. Feel free to like either of them, both or none. As is often the case with the tiny country churches in the area, it shows a bit of age and the efforts of members to add on or repair over the years.

A couple more views of the church, these were taken with a little more of the setting. 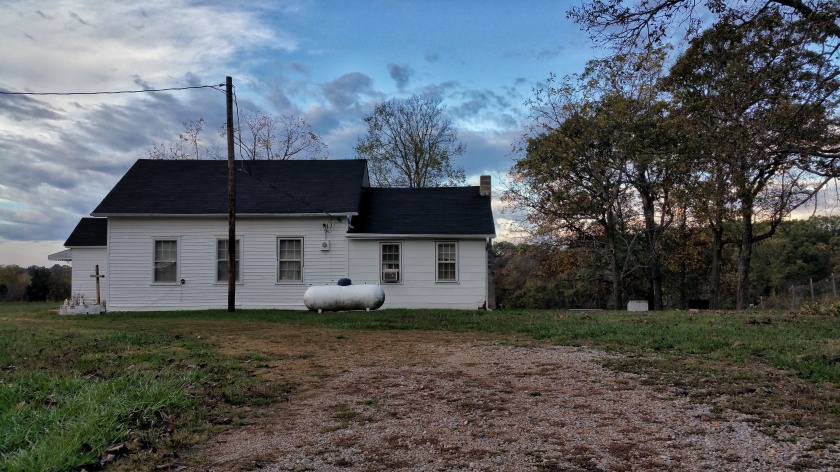 Finally, two shots of the cemetery.

Strange as it may sound, I find the cemetery intriguing in its almost organic appearance. I have the impression the trees grew where they are in order to stand guard over the church and those who are buried here. An impression needing a deeper exploration, there may yet be more to this story

Looking back on this group of photos after several months I notice the sky most, the way clouds, light, shadow and color all come together. At the time they were made I had been mostly focusing on what was on the ground. Yet as I recall the day, the sky was looking very much like this.

Thank you for reading, until next time.

Amateur photographer with some photos that want to breath and have their stories told. View all posts by Steve Shelton

2 thoughts on “Cove Church and Cemetery”

Hi, my name is Steve Shelton, I’m not a professional photographer today, tomorrow doesn’t look very promising either. I don’t want to turn an enjoyable hobby/passion into the daily grind. I want to make memories and see how the world looks in a photograph. This is a space to play and relax. The photographs shared here are for fun and enjoyment. I won’t say very much about the gear and settings used in making these photos, the web has more than enough of sites that tell every technical detail involved in photography. I think we need to know less of how a photo was made and much more of why it was made. This blog lives to tell why.